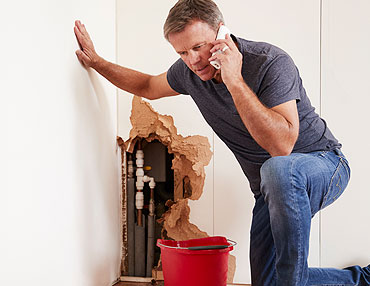 A noisy radiator can indicate a problem with your radiator system, which will need to be fixed before it causes any more damage. Noises from a radiator can also result in the need for new radiators. The noises can also be caused by too much air in the system, which can be solved by closing the valves and using a radiator key to loosen them. This will prevent the noises from occurring in the future.

A noisy radiator is generally caused by an air blob, which is trapped in the pipes and pushes water quickly. This water then encounters an obstruction, such as a pipe or a wall, causing it to bang. The noise can be solved by bleeding the radiator, which will ensure that the pipes are no longer clogged with air. If the noises persist, you can try to remove the air from the system.

Another cause of a noisy radiator is a sagging pipe. If the steam pipes are horizontal, then they could be sagging and preventing the water from settling properly. If you suspect a sagging pipe, then try raising the steam pipe. If this doesn’t help, contact a qualified HVAC technician. They should be able to fix the issue for you. When a professional plumber is called, they will be able to check the pipes for a noisy radiator and determine what needs to be done.

When a radiator becomes noisy, it means it isn’t working properly. The loud sound is the result of trapped water. The hot steam hitting the water makes the water move quickly, creating a vacuum inside the radiator. This empty space forces water to hit the inner walls of the radiator and creates a racket. In some cases, you can adjust the pitch toward the boiler to make the radiator quieter.

Other causes of noisy radiators are the buildup of minerals and debris inside the system. Hard water can lead to the formation of rust in the bathtub and lime deposits on the shower walls. If you’re not sure whether your water is hard, you may want to consider a water softener. You’ll be surprised at how quickly a water softener can solve the problem of a noisy radiator.

If you’ve tried everything else, you may be hearing a kettling noise from a radiator. This noise is caused by the steam vent. The steam vent can cause a loud radiator by accumulating limescale and corrosion debris. To solve this problem, you should clean the steam vent and wait until the system cools before trying again. If the noise persists, you may need to redo the process again.

There are several causes of a noisy radiator. Some of them are normal, but others aren’t. Some of the noises are caused by a malfunctioning thermostatic valve, or a clogged air vent. The air in the vent can lead to a hammering noise and banging sounds. This is a sign that your radiator isn’t getting enough air and is overheating.

If you hear a ticking or clicking sound from a radiator, the problem is most likely caused by a dissolved air. When water is heated, it expands and contracts, which causes a gurgling noise. The resulting air can cause a noisy radiator, a cold top can make the pipes collapse. So, you should have your plumber examine your system and determine the source of the noise.

As you can see, a noisy radiator can be caused by a number of reasons. First, the pipes in your steam radiator can bump against surfaces. You should install additional insulation or a vent to prevent the pipes from hitting walls. Second, your water heater may be too old, so it’s important to get a quote from a local plumbing and heating company. Then you’ll be able to identify the problem.